Greetings Shakka. I hope this message finds you in great health! This is day two of 56 Ahau em pedjet em Madjai.  Today 11/3/2015 I am up early looking over excerpt #2 from your work The Codex-Game Over, Utterance 388 681a.   I am delighted today because my examination of your second excerpt feels much like a minimum day in grade school! I do not have alot to write today because my analysis was cut short when I noticed that you are in great error (again) comparing Utterance 388 681a “Horus has Risen” to 1 Corinthians 15:20 “Now Christ has Risen”. It would take a person skilled in Medu Netcher, or maybe just a researcher armed with only the propensity to check an authors source material to find out that excerpt 2, “Horus is RISEN” IS NOT IN THE PYRAMID TEXT AT Utterance 388 681a. See the photo below Shakka (do not be confused by the 312, this is 388. Check the source material);

My transliteration and translation of the facsimile reads;

Lit; “Words spoken; Where’s Horus came forth from the snake to me, Teti?”

Translation” “Recitation; Where is Heru who escaped the serpent?”

Shakka, Utterance 388 681a does not say “HORUS has RISEN” anywhere in the primary text. It simply is nothing there for me to compare to 1 Corinthians 15:20 “Now Christ has Risen”. Anyone who does not read medu netcher can refer to J.P. Allen’s work page 90, where this verse is labeled T 263. Please see Allen’s translation “Where is Horus, who escaped from the shunned snake?” for PT 388 681a which I must reiterate is classified as T 263 in Allen’s “Writing from the Ancient World, The Ancient Egyptian Pyramid Text”.

Now we know Horus rose many times, but the story of Christ resurrection would be a better comparison with the story of Asar’s resurrection. Students of medu netcher see the phrase “Heru has Risen” in various text but the fact is “Horus is Risen” is not used at PT 388 681a. Furthermore, when Heru is Risen, it is a rise into the sky, like a falcon, but normally it is in the form of Heru-Behutet, which means Horus of Edfu; a Ptolemaic Heru. The Ptolemaic period spans from 323 BC to 30BC so even if your pseudo comparison was valid, the Rising Horus /Hr wbn/ (that is) is a Greek idea of Ptolemaic Egypt.  Unas wished Heru to come from the Horizon in PT 217 [231] and does not use /Hr wbn/ “Horus is Risen”. This Story you were looking for that actually says “Horus is Risen” is in the temple of Edfu and the library of a temple in Elephantine, pBrooklyn 47.218.50 (“Confirmation du pouvoir royal au nouvel an”), 2. The ceremonies in praise of Horus, “which gives the inheritance”  [16.20]– [16,20].

This is still not a rise from the dead like 1 Corinthians 15:20;
“But now is Christ risen from the dead, and become the firstfruits of them that slept.“ KJV

Heru embarked on a “rise” into the sky as a metaphorical falcon which is not a comparable match to a man “rising” from the dead in resurrection.The only thing in common here is the upward direction of any rise.

Regardless of the secondary argument one may try to assume, remember this, Utterance 388 681a does not say a thing about “Horus is RISEN” unlike the second excerpt in the book The Codex-Game Over suggest.  I must reiterate that “Horus is RISEN” is from the library of a temple in Elephantine and it is on Papyrus, not PT (pyramid text).  The Edfu Rising Horus is Heru-Behudet “rising” through the sky also. When the deceased Unas was to summons Heru in PT 217, he was to say “May you rise on the horizon, the place of splendor, where are you Oh  Horus,“. This has nothing to do with a resurrection, “rising from the dead” like 1 Corinthians 15:20.

ON page 155 of the book “Mad for Muffins, 70 amazing Muffins Recipes from Savory to Sweet” author Jean Anderson used the phrase “Muffins have RISEN”! She stole that from Kemet!!……This is the type work Shakka Ahmose is serving the community, well it is not that bad, but still.

So Mr. Super Shenanigans-Scholar Shakka, one with no humility; you have let two days pass without doing anything to save the face of your work The Codex. In Seven Days from the Second Day of 56 Ahau em Pedjet em Madjai, I Will purchase another copy of your work, just so that I can kindly amend articles to the Codex Amazon comments with a suitable rating and direct links to contact me if you or anyone of your Nile Valley Counterparts are prepared to dialog about this work in a public forum. I do not want an apology from you, I want you to apologeisthai.

I am Imey Er Madjai, A Self Initiated Master; except the type who would build a scholastic dam high in Ta Seti just to impede the Nile Valley Movement’s water source if I feel in the least bit slighted over My Tribute.  You are in no way prepared to dialog with me on the subject of The Codex-Game Over. You are beginning to look like a charlatan.  Amen Ra Squad is the Hapi Valley’s strongest army and Madjai Archers are some of our fiercest warrior-scholars we have. Your best defense now is to Pay Tribute to Madjai Archers or forever have to explain this one away Shakka.

Question #2 of 56 questions for a Hebrew Israelite to ask Shakka Ahmose; “You relied on Samuel Mercer’s erroneous translation of PT 388 681a as if it was accurate source material to argue excerpt #2 in The Codex, “HORUS IS RISEN”, was copied by biblical authors.  Updated versions of the text show “Horus is RISEN” was a mistranslation of Samuel Mercer’s. If Nile Valley Movement Scholars can  rely 100% on Mercer’s outdated translation to write The Codex how come we Hebrew Israelites cannot rely 100% on King James’ translators? What is the difference?

And do not forget; Utterance 388 681a does not say “HORUS has RISEN” anywhere in the primary text. 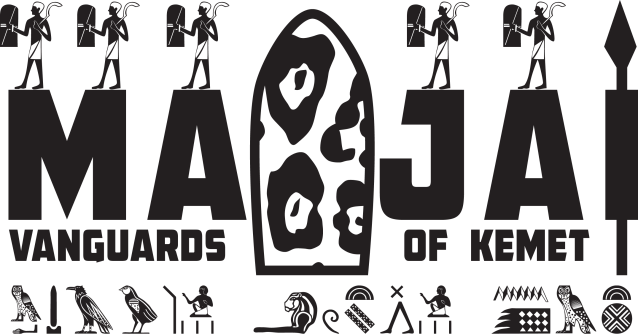 I am #Rapgod.
View all posts by Aethiops Neo Matamoros →
This entry was posted in African Studies. Bookmark the permalink.